Wednesday Sept 22d Have been to Boston with Mrs

Witherell to get a Pianno  Have got to have

them made  Mrs Kinsley called to see them with

us  Met Mrs Wilson at Lintons to go to select

them. Dined at Mr Orrs while Mrs Witherelll

and a ring for Helen  Oliver came from Providence

A piano! And not one piano, but two, one for each side of the house. Both Susan Ames and Emily Witherell would be learning to play the instrument. Each girl would have her own piano to practice on. What luxury. What gentility. What fun.

With advice from friends such as Louisa Kinsley, Evelina and Sarah Ames Witherell selected and ordered the instruments in a Boston store. Spending money liberally, Evelina went on to purchase gifts. For her other sister-in-law, Sarah Lothrop Ames, she bought a cloth to go on top of the piano that those Ameses already owned. For Catharine Hobart, a young family friend who had caught the eye of her son Oakes Angier Ames, she bought a gold thimble. And for her niece Helen Angier Ames – Catharine’s classmate – she bought a ring.

Did her husband Oakes know that Evelina was spending so much money? Did her father-in-law? While her husband must have given his approval, it’s unlikely that Old Oliver would have approved of such a spree. Yet both those men were often generous within the family; in that respect, Evelina was just following suit.

We note today, too, that Oliver (3) returned from a few days at a fair in Providence, where he no doubt saw friends and former classmates from his two semesters at Brown University. We might imagine that he was missing school.

July 30th  Friday  Came home from Dr Wales at half

past four and slept untill half past

eight left her quite comfortable

Have cut out another sack night dress

and wife were here to tea  Mr & Mrs Kinsley

called just at night for a few moments.  We

all went into the other part of the house for

When Evelina came home at 4:30 in the morning, was the moon still up? Did she realize that this night would offer the second full moon of the month, familiarly known as a blue moon? She would be able to see it, too, as the skies were clear.

We use the term blue moon to identify a second full moon within a calendar month.  An earlier definition – one that may have been in effect when Evelina could gaze at the night sky – was that of being the third full moon within a season that has four full moons. So say various almanacs. Tracking the lunar cycle to define the passage of time has gone on as far back as human history can record. The Christian ecclesiastical calendar, for one, is built around moon phases. According to one modern source,

“Some years have an extra full moon—13 instead of 12. Since the identity of the moons was important in the ecclesiastical calendar (the Paschal Moon, for example, used to be crucial for determining the date of Easter), a year with a 13th moon skewed the calendar, since there were names for only 12 moons. By identifying the extra, 13th moon as a blue moon, the ecclesiastical calendar was able to stay on track.”*

The terrestrial events of Evelina’s day included sewing (of course), her nephew Horatio Jr as a guest at lunch, company for tea and, as a special treat at the end of the day, ice cream. Despite her lack of sleep, a pleasant day overall.

morning and cut the waist to my borage

went to Canton and I begged the chance

to go with him & we called at Mr Kinsleys

Saw the ladies of the family & two Mr Peabodys

of Boston  Called on Mrs Atherton

The first few days of this particular week were proving be “verry warm days. + pritty good hay days.”* Old Oliver had to be pleased.

After a morning of sewing a new barege dress with her dressmaker, Evelina “begged the chance” to ride east and north with her husband to Canton, where they visited Lyman and Louisa Kinsley. The Kinsleys, of course, were business associates but also friends, and they and their twenty-one year-old daughter, Lucy, happened to be entertaining visitors from Boston, “two Mr Peabodys.”

The Peabody brothers had called on the Kinsleys to be sociable, certainly, but one of them had a romantic motive. Francis Howard Peabody, also aged twenty-one, was courting Miss Lucy; the two would wed in 1854. They would have three children, a boy followed by two girls. Their little boy, Frank Everett Peabody, would become a founding member of a famous Boston brokerage firm, Kidder and Peabody.

This afternoon have been to Mr Kinsley with

finely  Had a very pleasant visit got home

Evelina enjoyed herself today. It was lovely outside, for “the sun shined about half the day + was pritty warm wind west + south west.”** She gardened for much of the morning and in the afternoon, rode with her husband, Oakes, to Canton to call on the Kinsley family.

Lyman and Louisa Kinsley, whom we’ve heard of before in Evelina’s diary, were about the same age as Oakes and Evelina. They had two children, Lucy Adelaide and Edgar Lyman, who were twelve years apart, suggesting that there may have been other children born between the two. Lucy was close in age to Oakes Angier, and Edgar was a year or so younger than Susie.

The Kinsleys were prosperous; Mr. Kinsley ran an iron business that had been started by his father and had long supplied material for Ames shovels. The Kinsley Iron and Machine Company would eventually be bought by the Ameses and managed by Frank Morton Ames. That being some years in the future, the Ameses could sit and admire the Kinsley place with little thought of acquisition – perhaps. Certainly, Evelina was much taken with the Kinsley greenhouse and the “twelve pots of flowers” she got to take home.

Greenhouses such as Mr. Kinsley’s were becoming more popular in the mid-19th century, particularly in England after the government there did away with the heavy tax on window glass. Hothouses had been known previously on this size of the Atlantic, also, appearing in the colonies as early as 1737, when wealthy Bostonian Andrew Faneuil built one. George Washington, too, had one built at Mt. Vernon to grow pineapple. Greenhouses would increase in size, status, and grandeur as the century progressed. Easton would see its share when the next generation of wealthy men reached maturity. Frederick Lothrop Ames, Edwin Williams Gilmore and probably others would raise orchids and more in the glass-walled wonders.

*Greenhouse from Beekman Estate in Manhattan, circa 1850 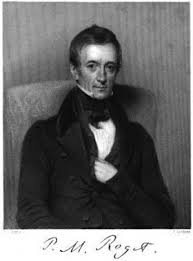 Kinsley with their family made quite a long

call  They are very pleasant.  After they left went

The aroma of baking filled the Ames house today as Evelina produced pies, cakes, bread and more. Or should we say that the smell, or the scent, or the fragrance, or the odor of baking bread was apparent to anyone who stepped into the house? Roget’s Thesaurus would offer us any one of those synonyms for the word aroma.

The first edition of Roget’s Thesaurus was published on this date in 1852. Peter Mark Roget, a British physician, inventor and theologian, began to compile synonyms as a young man as one way of combatting the depression that plagued him for much of his life.  Beginning the work in 1805, not long after he had completed his medical studies, he spent nearly fifty years bringing the publication to fruition.  The first edition had approximately 15,000 words; it has been continually expanded, updated regularly ever since.

The Kinsleys of Canton came to visit in the afternoon and, no doubt, they could smell the fresh baked bread. Lyman Kinsley was an iron trader who had many dealings with the Ames family; within the decade, his business would be owned by the Ameses and overseen by Frank Morton Ames. That was in the future, however. On this day, he, his wife, Louisa, daughter Lucy and younger sons, perhaps, all came for “quite a long call.”  Evelina enjoyed their company, but after they left she bounced right out of the house to go into the village to visit relatives and bring home rose slips. The garden!