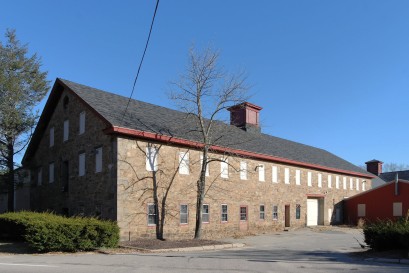 Aug 10th Tuesday Was sewing & puttering about one thing

and another untill about four Oclock

Mrs Witherell Mrs A L Ames & self spent the

Williams, Howard and their brother Thomas were

there had a very pleasant visit.  On our return

found Mrs Dorr at Fathers and called to see her

“Sewing & puttering” filled Evelina’s hours up until near tea-time, at which point she, Sarah Ames Witherell, and Almira Ames went out to see some friends. They called on Sarah Sheldon, wife of the Congregational minister, where they saw several members of the Johnson family, including Louisa Johnson Swan, Nancy Johnson Howard, Ann Johnson and Thomas Johnson. It was “a very pleasant visit.”

Families often visited in groups, as we see in this entry and as we have seen from previous visits made by the Ames women. The Ameses went to see the Gilmores, or the Kinsleys, or the Howards, and vice versa. Families in the same town knew one another, or knew of one another, and had much in common. Whether or not everyone agreed about everything (which they didn’t – witness the old division between the Congregationalists and the Unitarians,) there was nonetheless a level of familiarity among long-established families in a given area.

Families worked in groups, too, most obviously on the numerous farms that still dominated the landscape. Yet as industrialization began to replace, or at least compete with, the agrarian lifestyle, members of the same family (at least those members who didn’t move away) often opted to work in the same trade. The Ames family is a prime example. Old Oliver developed an artisanal business that became a commercial factory. By the middle of the 19th century, artisanal businesses that were to thrive – such as the Ames Shovel Company – were becoming industrialized. Products were developed and produced, workers were hired and trained on the job, and the whole outfit was managed by members from one family. In Old Oliver’s case, he appointed certain sons and certain grandsons to take leadership roles.

Industrial historian Greg Galer has studied this work pattern. He writes, “kinship was a critical aspect of early industrial development. As manufacturers faced a growing national market in which to sell their products and acquire their raw materials they also found an increasingly unfamiliar body of people from whom they required trustworthy relationships. By using kin in some of these roles Ames eased the transition to these anonymous markets. Kin also played an important part in the management of the main shovel-making operation and affiliated enterprises located elsewhere…”