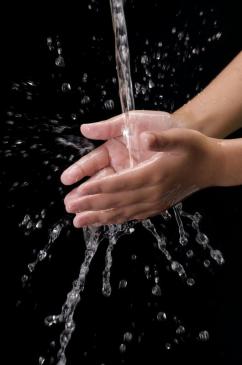 April 10th  Saturday  Worked in the chambers all the forenoon

Mr Colwell came after Orinthia she will commence her school Monday.

Olivers  Julia is at work there for Helen.  I have engaged her the

last of the week.  Heard that Mrs Brett is dangerously sick

Eveline Brett, wife of George Brett, a bootmaker, was a twenty-year-old who had recently given birth.  The baby had survived – at least so far – but she herself was “dangerously sick.”  She likely had come down with childbed fever.

Childbed fever, known medically as puerperal fever, is a postpartum, streptococcal infection of the mother’s reproductive tract. The fever was often fatal. For much of the 19th century, it was usually, if inadvertently, caused by attending doctors. At the time, doctors had no knowledge of germs and didn’t believe in hand washing. The prevailing attitude, as expressed by one Philadelphia obstetrician, Dr. Charles Meigs, was “Doctors are gentlemen, and gentlemen’s hands are clean.”*

It took a Hungarian physician named Ignaz Semmelweis to realize that women with home births had fewer cases of the fever than those women who gave birth in maternity wards. He determined “that washing hands with an antiseptic solution before a delivery reduced childbed fever fatalities by 90%.“*  Publication of his findings was not well received by the medical community, but he was right.