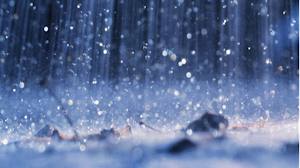 Feb 20th  Thursday  This morning sat down to sewing quite

early with Lavinia.  worked for Susan and she

sewed some with us  Sent George after Mr & Mrs

raining quite hard & this evening is very dark

The boys & Lavinia & Susan have gone to the

The Thursday evening assemblies, or dancing school, continued. On this occasion, Oakes Angier, Oliver (3) and Frank Morton took their cousin, Lavinia Gilmore, and little sister, Susie, with them.  How exciting for Susan to go along to watch the young men and women dance; probably exciting for Lavinia, too.  She was at the marriageable age of nineteen and, in the manner of the day, was probably hoping to marry soon.  Getting off the farm for a week to stay with her aunt Evelina in the village of North Easton was an opportunity to socialize and perhaps meet someone special.  Did anyone ask her to dance?  Did her male cousins watch out for her?  Did she like what she wore?

Elsewhere in Easton life was not so light-hearted.  Reverend Whitwell officiated at a funeral for the infant son of James and Celia Wells.  James and his brother John, for whom the little boy was named, worked at the shovel factory.  They were originally from Maine.

And, being February, the weather took a dive for the worse.  The young people’s ride home from Lothrop Hall must have been disagreeably wet.  Mr. and Mrs. Whitwell, who had evidently stayed for tea after the funeral, were unable to get home and had to spend the night at the Ames’s house. Young George Witherell was spared the challenge of carrying them back to the parsonage in the dark, windy downpour.