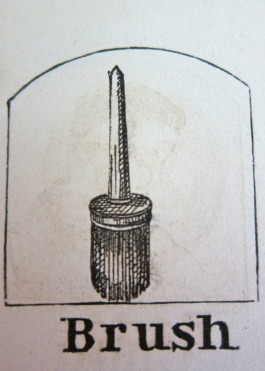 and feel very tired.  The paper is all on

except a patch or two here & there  Francis brought

Lavinia up to Edwins this afternoon  Mr Holbrook

has finished the first coat of paint in

To begin with, the day was normal. Winter weather continued: “there was a little mist this morning + it froze as it fell and the ground was slipery, wind north East. it was cloudy and a little stormy all day – it cleard of[f] in the evening.”* Evelina was not tempted to go out.  She stayed indoors, focused on redecorating the downstairs.

With Mr. Scott in the lead, Evelina helped put wallpaper up in her parlour.  She must have had to take down the framed prints and new looking-glass in order to do this. The sitting room, too, was being repainted.

Evelina stayed up late, becoming “very tired,” and evidently ready to go to bed as she wrote this entry.  Yet a good night’s sleep would elude her. Indeed, few people in the village of North Easton would be able to sleep through the night of March 2, 1852. 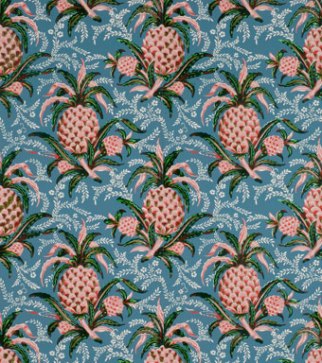 Thurs 21st Aug  This morning sat down to work quite early

finished my purple morning dress and

Susans pink print that was made over

Pauline is not willing that I should work

much  She has had the offer of marriage

from a Mr Stowe of Concord Mass & the same

is an offer from John Reed, an old man of

& Mitchell went to Boston for paper for parlour

Evelina had a houseguest who wasn’t interested in sewing, but that didn’t prevent her from finishing two dresses she’d been working on. She was caught up with the romantic dilemma of her friend, Pauline Dean, who was considering two offers of marriage. Evelina’s daily life was so far from being romantic that she found Pauline’s tales “very fascinating.”

We don’t know much about Pauline Dean, except that she corresponded with Evelina and visited periodically. We don’t know where or how Pauline lived, but we can surmise that she was originally from the Easton area. She was familiar with the town and several of its inhabitants; perhaps she was related to one of the Dean families in the area.

While Evelina and Pauline visited, sisters Sarah Witherell and Harriett Mitchell went into the city in search of wallpaper. Sarah was looking to replace the wallpaper she had only recently put up in her parlour; she didn’t like it or the way it had been hung. The wallpaper in the illustration above is circa 1845 and demonstrates the prevailing ornate taste of the time.