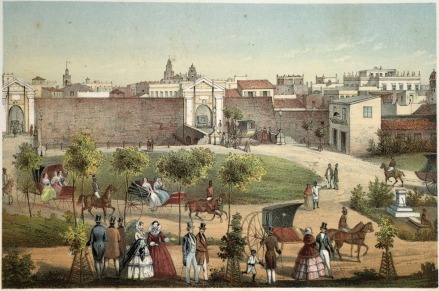 Monday Dec 20th  Was puttering about house most of the time

this forenoon  made some cake of sour cream

This afternoon here to tea  Mrs H & A L Ames

Have cut a pattern from Mrs Whitwells

cloak for Susan  Have not done much

Life seemed to be getting back to normal. The servants did the laundry while Evelina puttered about the house and did a little baking. In the evening, the family assembled for tea at Evelina and Oakes’s. Sarah Ames Witherell, Emily Witherell, Oliver Ames Jr., Sarah Lothrop Ames, and Old Oliver himself attended. So did Sally Hewes Ames and Almira Ames, who were still visiting; Almira would stay at the Ames compound well into the new year. Missing were Fred and Helen Ames – off at school, presumably – and Oakes Angier, of course.

The family was weighed down by personal difficulties: Oakes Angier an invalid in far-off Cuba and Sally Hewes Ames fed up and seeking divorce, not to mention the lingering loss of George Oliver Witherell earlier in the year. Perhaps other concerns occupied their thoughts, too. Like many other families, the Ameses drew strength from simply standing together. In the same way they had risen from the fire at the shovel factory back in March, they would do their best to prevail over the latest adversity. What a year it had been for them.

Yet on the horizon, a greater ill loomed which it is our readers’ advantage to know and the Ames family’s innocence not to foresee. Eight years later, on this exact date, the State of South Carolina would issue a proclamation of secession from the United States, kicking off the calamitous American Civil War.

Sunday Dec 19th  Have not got over the effects of my

to meeting was intending to have a quiet

soon after they left and staid untill after

the[y] got home. Talking over her trouble & by

and no one could live with him

Still recovering from her recent trip to New York, Evelina was hoping for some “quiet time” at home while others went to church. She had just settled in with something to read when her sister-in-law, Sally Hewes Ames, came in. Sally needed to talk, and Evelina had no choice but to listen.

Sally stayed for hours “talking over her trouble” with her husband Horatio. As would be shown in the divorce documents, Horatio committed adultery “with divers women in New York.”** He was verbally cruel to her and their children. “No one could live with him” was the consensus of the women.  But divorce!

Divorce wasn’t easy in the nineteenth century. Like today, divorce laws varied from state to state and were typically quite strict. The process was intrusive, recriminative and not for the faint of heart. When the century began, in many places divorce could only be obtained through an act of the state legislature. By mid-century, however, the laws were loosening up, but still varied widely. Indiana, for instance, was the Reno of its day:

During the 1850s, Indiana was widely condemned as a Midwestern Sodom for its relatively lax statutes. Couples there obtained divorces on any grounds that a judge ruled “proper” – attracting a flood of applicants from out of state. The editor Horace Greeley lambasted the Hoosier State as “the paradise of free-lovers” whose example would soon lead to “a general profligacy and corruption such as this country has never known.” (In 1859, its legislature finally voted to require a year’s residency before allowing a divorce suit to be heard.)[…]

South Carolina stood at the other extreme. Since the Revolution, the Palmetto State had refused to permit divorce for any reason whatsoever. Although a court might, very rarely, grant an annulment, most disgruntled spouses had no recourse except to abandon each other. (In fact, South Carolina did not pass its first divorce statute until 1949.) In many states, including New York, divorce was often only granted on condition that neither spouse could remarry – which was supposed to safeguard public morality by ensuring that no one could trade in an old partner for a new one. In North Carolina, the “guilty party” was forbidden to remarry during the lifetime of the “innocent party.” *

Sally Hewes Ames would obtain her divorce in Connecticut, in August 1853. She was set free, but at great cost; the rift permanently altered the relationship of Horatio with his children. Horatio himself remarried in 1856.

What might Old Oliver have thought about this episode? He doesn’t say, only remarking that this Sunday “was a cloudy day most of the time wind south west + not col – Horatio s Wife + Horatio Jun r are here”***