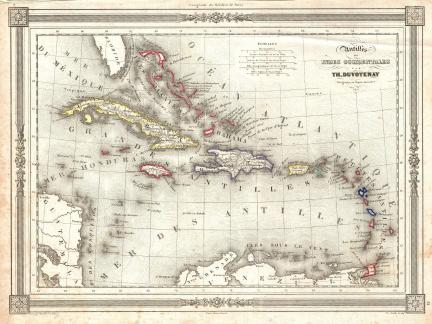 Map of West Indies, including Cuba, 1852

Oakes A went to consult Dr Bigelow and he

advised him to spend the winter in Cuba

He has been raising more blood for two

or three weeks but has said nothing about it.

I have selected some silver forks & a pr of spoons

and left them to be marked

Bad news today. Oakes Angier was coughing up blood again, and had been, for much of November. Evelina hadn’t known it, although how she missed the evidence of bloody handkerchiefs in the weekly laundry is a question. The servant girls might have guessed it. Oliver (3) must have had an inkling, especially after the two brothers spent so much time together attending a Thanksgiving dance in East Bridgewater. Oakes Angier would have been challenged to dance lively reels and converse in a crowded room without coughing.

How Evelina could have missed the signs became an irrelevant question in the face of the proposed remedy. Oakes Angier had been advised to go to Cuba. For consumptive patients, travel to a different climate was common therapy (for those who could afford it), and Cuba was known as a “site of recuperative possibilities.”* Other ailing Bostonians of means, like Sophia and Mary Peabody some years earlier, had taken the cure there. And William Rice, the vice-president elect, was there even as the Ameses were discussing the situation.  The Peabody sisters recovered; the vice-president would not.

Despite the reassurances that Cuba was the best place for Oakes Angier, to Evelina it must have seemed as far away as the moon. Oakes Angier would have to sail there. Where would he stay? He would be gone for months, if not years. He might never come back. Even as Evelina busied herself with dropping off some silver flatware to be monogrammed, she had to be preoccupied with this unfortunate turn of events. 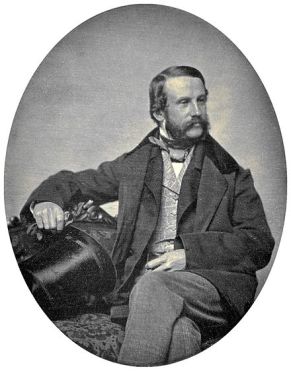 He agrees with Dr Swan that the blood

comes from the lungs and that he must leave the

shop and be very quiet.  Returned from

Oakes Angier saw a doctor in Boston today about his bad cough and bloody sputum.  He went to a Dr. Bigelow, who could have been either of two well-regarded medical men: Jacob Bigelow or his son, Henry Jacob Bigelow. The son, only a decade older than Oakes Angier himself, was a Harvard grad who was becoming famous for his role in introducing ether into the operating room. Without the modern diagnostic equipment to which we 21st century readers have become accustomed, Dr. Bigelow was nonetheless able to give an informed opinion about Oakes Angier’s pulmonary condition. If the doctor used the word “consumption,” Evelina didn’t write it down.

The illness was serious and Oakes Angier was ordered to ” leave the shop and be very quiet.” Rest and fresh air, in other words, were the treatment. If diagnostic ability was limited, treatments were even more so. Oakes Angier would have to go away and rest and hope for the best.

Back in Easton, the women of the family gathered in the sitting room or parlor to hear what the Boston physician had said, and perhaps to take a look at Evelina’s new bonnet. We can imagine that each member had a notion of what should happen next: where Oakes Angier should go, how he might travel, and what needed to be done to get him ready. In all likelihood, however, the decision on what to do would be decided by Oakes Angier’s father.