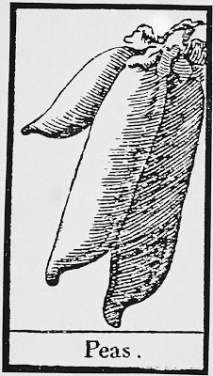 called to Augustus’ to see their babe who

is quite sick with the disentary  He looked

There were fresh peas at the Ames dinner table today.  We readers might not have enjoyed them, however, as the recipes of the time called for cooking peas – and other vegetables – much longer than our modern preferences allow. Domestic doyenne and editor of Godey’s Lady’s Book, Sarah Josepha Hale, declared that peas are “a most delicious vegetable,” but cautioned that “[i]t takes from half an hour to an hour to boil them.”* That seems overcooked to us, but, nevertheless, the Ames’s peas were fresh, untarnished by pesticides, and indisputably local.

With her niece Lavinia Gilmore, Evelina went to visit her nephew (and Lavinia’s half-brother) Alson Augustus Gilmore, who had lately been ill. He was now well, but his one-year old son, Willie, had become “quite sick” with dysentery. Had the child caught something from his father? Or was he suffering a condition not uncommon in children in the heat of the summer?  His bright red face suggests fever and dehydration. Augustus and his wife, Hannah, would have been worried about the little boy.