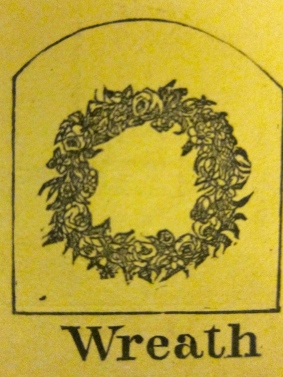 Sat May 1st  The children were hoping to have a fine

time maying this morning had their wreaths

all made but it rained which prevented

their taking a walk but they had a nice time

in the old tool house. I dined in Edwins

here.  They were all here to tea to night

S E Williams called at Olivers  I gave her some plants

Rain spoiled the annual outing that Susan, Emily and other children had planned for May Day. They had made special wreaths for the occasion, probably to deliver to the homes of friends. To get out of the weather and save the pleasure of the day, they gathered instead in the “old tool house,” which seemed to make for an agreeable substitute.  Readers from the Easton area, does anyone know the probable whereabouts of this building?

Rain may have spoiled the children’s walk, but it helped soften the ground in the garden.  Old Oliver reported that today the garden was “spaded up and manured.”  He was most likely describing the family vegetable and herb garden, as opposed to Evelina’s flower beds, which were already under cultivation and probably out of Old Oliver’s immediate purview as well as beneath his notice.

Evelina, meanwhile, had her midday meal at Edwin’s and Augusta’s house, seemingly while the rest of the family ate at home. She went over to visit their mutual relative, her brother John Gilmore, who rarely came to town.