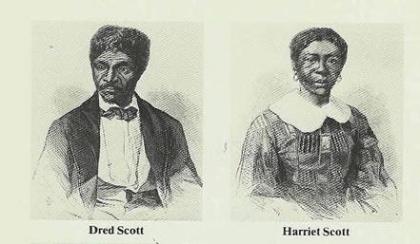 and at four oclock to a sing at the meeting house

hall.  Mr Ames has been to work all day the same

as usual  I have been very busy at work on

one thing and another have sewed on Susans

apron have it nearly done which makes the fifth

that I have made this spring

Evelina made note that today was a Fast Day, an annual event intended to be spent in fasting, prayer and supplication to the Almighty for a good growing season. The practice originated with the Puritans and evolved over time.  By 1852, it was a fading custom. Frank Morton Ames and Orinthia Foss went to church and to a “sing” afterwards, but both Evelina and Oakes Ames worked “as usual.” No one appeared to fast or spend the day in church.

A different long-standing custom of the country – slavery – needed to fade and disappear, yet hadn’t. It would only disappear with bloodshed, because the untenable social and cultural practice could not be resolved in a practical, orderly and non-violent way. War would be required, and soon.

On this day in 1852, a state court in Missouri decided against Dred Scott, a one-time slave who had sued his former owner’s estate for freedom. Scott and his wife, Harriet, had once been owned by the late Dr. John Emerson. The narrative of the case was complicated, but was based mainly on the Scotts having resided for a period of time in the free state of Illinois while working for the Emersons.  Scott believed that he and his wife should have been freed. But Dr. Emerson’s widow, Irene, kept the couple as her slaves, and wouldn’t even allow Scott to purchase his freedom. Scott sued and won in a lower court, but lost his case in the Supreme Court of Missouri.*

Scott and his lawyer appealed the case, which would go on to the U.S. Supreme Court in 1857. In one of the Court’s most infamous decisions, Chief Justice Roger B. Tanney, a Jacksonian Democrat who believed in states’ rights and a slaveholder who had manumitted his own slaves, would nonetheless declare that the Negro had no rights. An “originalist” group, Tanney’s court determined that the Constitution as originally written had made no provision for the citizenship of Negroes. For Tanney, slavery was an issue to be decided at the state level.

The Dred Scott case was one more irrevocable step in the path to civil war. The U. S. government essentially abdicated federal jurisdiction over slavery, which only accelerated the sectional divisions and conflicts. Bloody Kansas burst open, and within a decade, unprecedented conflict would convulse the nation.

*”Decision in a Slave Case,” article from the Washington National Intelligencer, April 8, 1852, courtesy of http://hd.housedivided.dickinson.edu/node/25809