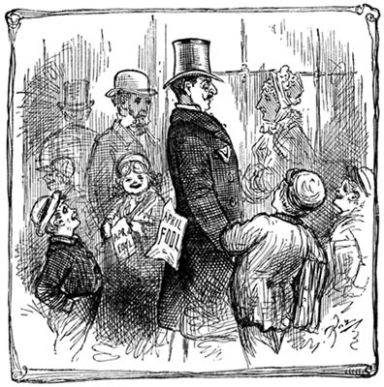 know of a bigger one than myself except Orinthia

to N Bridgewater & spent the evening there  Orinthia will spend the

night We went into Augustas this forenoon to fool her

Her sister Emeline is there

Evelina enjoyed April Fool’s Day, or All Fools Day, as people often called it at the time. The previous year she had played a prank on her sisters-in-law; this year, she tried to trick her young neighbor, Augusta Gilmore. And this time, it would seem that someone played a trick on her, as “she didn’t know a bigger fool..” than herself. But she stifled her embarrassment, deflecting it off onto her friend, Orinthia Foss, whose trick on the Ames boys failed. They wouldn’t eat her trick pies, making Orinthia the greater fool of the day.

There were a few guidelines that most people understood about jokes played on April 1st. They had to be harmless pranks, for one.  The jokes were meant to embarrass, not to injure or insult. They lacked the menace that pranks later played on Halloween typically carried, for instance. They were meant as fun, the only cost of which was someone else’s dignity.

Another, more particular rule was that tricks could only be played in the morning. After the clocks had struck noon, the pranks were no longer fair play. Anyone playing a prank in the afternoon was considered foolish, and one playground retort to anyone who tried it was: “April’s gone and May’s come; You’re a fool and I’m none!”**Orinthia’s trick on the Ames boys would have happened right at midday and, with the clock striking twelve, she missed the morning window.

Part of the rationale behind the half-day rule may be as simple as people being more susceptible to the pranks at the start of the day, when they weren’t focused on the April date. They were easier to surprise then. Yet the genesis of the half-day rule may also have been based in the long history of the holiday. One modern historian has suggested that: “[t]here’s probably an element of ancient folk belief lurking behind the rule. April Fool’s Day honors the spirit of Folly, which is a powerful force. And as such, it needs to be contained within strict temporal limits, lest it overspill its boundaries and cause chaos throughout the rest of the year.”**