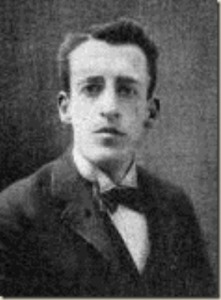 sewing on my waists  Have passed the afternoon

in the other part of the house with

Amelia  Mr Ames came to tea  There has been fifty or

more carpenters to work on the shops the past week

and it has been pleasant weather.

Good weather was a boon to the rapid rebuilding of the shovel shops after the devastating fire of March 2d. Although she remained in the house sewing for much of the day, Evelina and her visiting sister-in-law, Amelia Gilmore, would have been able to hear the hammering and shouting from scores of carpenters hustling to rebuild O. Ames & Sons.

In New York City today, a political cartoon appeared in a weekly newspaper, The New York Lantern. The subject of the cartoon had to do with a request before Congress to augment funding for overseas mail delivery.  Two shipping lines, one American, one British, were competing for the mail trade. The American Collins Line, which was losing money, was subsidized by the U.S. Post Office; the British Cunard Line was also assisted by its own government and was way ahead; its faster, larger fleet was eating into the American market.

In the cartoon, figures representing the two lines faced off over toy ships in a tub. Cunard is represented by John Bull helping a small boy work a bellows. The Collins Line is represented by a small boy, cheeks puffed, blowing at the water by himself. Behind him stands an aloof, apparently disinterested “Uncle Sam.”

Today was Uncle Sam’s first appearance as an illustration. He had existed in name since about 1810, but on this day, a young cartoonist named Frank Bellew turned Uncle Sam into a recognizable American icon. Bellew, whose parents were English, worked his trade as an illustrator and cartoonist in New York City for publications such as Frank Leslie’s Illustrated, but eventually resettled in New Orleans. Charles Dickens knew his work and admired it: “Frank Bellew’s pencil is extraordinary. He probably originated more, of a purely comic nature, than all the rest of the artistic brethren put together.”**

Uncle Sam lives today, thanks to Frank Bellew. The Cunard Line is alive and well, too, now owned by The Carnival Corporation.  The Collins Line, however, ever faltering, failed to survive the Financial Panic of 1857 and went bankrupt the following year.