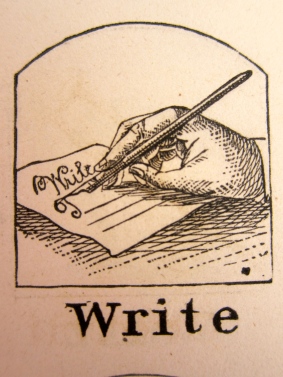 Friday Feb 6  Jane has baked some mince to day of

meat that was left last week and has done

very well.  Cut out a shirt for Oliver to day

and intended to finish it tomorrow but this

from W Bridgewater  We called at Edwins

this evening  commenced raining about five

Domestic tranquility reigned today as Jane McHanna made some fine mincemeat and Evelina cut cloth for a shirt, until interrupted by the arrival of Orinthia Foss and her friend Miss Burrell. For Evelina, chores gave way to social intercourse.

Besides keeping a record of various domestic details such as her sewing, Evelina often lists in her daily diary entries the names of the friends and relatives who come to call – in this case, Orinthia Foss and Miss Burrell. She writes of the women with whom she spends time, in fact, more often than she is apt to describe interactions with her immediate family (unless, of course, her husband forgets to pick her up to go out on a social call.) She includes the names of female friends, including her sisters-in-law, as much if not more often than she mentions the names of her children. Her social life, as in “We called at Edwins this evening,” is terribly important to her. She narrates it to her diary in order to remember it and savor it. It doesn’t mean that she doesn’t care about her family; she does. But looking after her almost-grown children is not noteworthy.

Evelina’s diary is simple, even for the nineteenth century, when the “practice” of keeping a diary was “to record personal feelings and explore intellectual growth.”* Eveline doesn’t concern herself with external events the way Mary Chesnut of South Carolina did in her diary of the Civil War, nor does she describe or question the secondary status of women as other Bostonians such as Caroline Healey Dall did in her diary. The intellectual pursuits and considerations of the brilliant Margaret Fuller never interested her – it was beyond her ken.  Evelina was literate and engaged in her life, but in a diffident and unsophisticated way. She wrote in a manner that more closely resembled her father-in-law, Old Oliver; her brother-in-law, Oliver Ames, Jr.; and, eventually, her son, Oliver (3). She simply wrote down whom she saw and what she did.

Other resources for information about diaries in the nineteenth century: