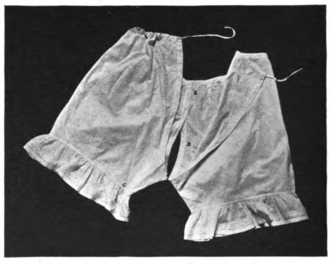 for self for Ellen to make & have done some

sewing  Augustus came with his family about

4 Oclock are going to move into a part of Mr

the other part of the house this afternoon.  Susan

will stop awhile  Not very pleasant has rained some

Rain arrived but the day, according to Old Oliver, was “pritty warm.” The wet weather and her cold must have kept Evelina indoors.  She may not have felt well, but as long as she could sit up, she would have found something useful to do.  Sewing some underwear for herself was the mundane chore waiting in her workbasket. Meanwhile, Jane McHanna, the family servant, washed the weekly laundry, perhaps doing her trick of letting the rain do the rinsing. She would have been challenged to figure out how to dry it, though.

Visitors arrived in the other part of the house; the Orrs, a family with whom the Ameses had been connected since early days in Bridgewater, came to visit. Susan Orr, a spinster, had known Oakes Ames when he was a baby. Today she and Hector – her brother, perhaps? – came to see Old Oliver and Sarah Ames Witherell.

On Evelina’s side of the family, nephew Alson “Augustus” Gilmore, his wife Hannah and their two sons, toddler Eddie and infant Willie, began to move into temporary quarters at Col. John Torrey’s building in the village.  Eventually, they would build a home, but for now they were going to rent.