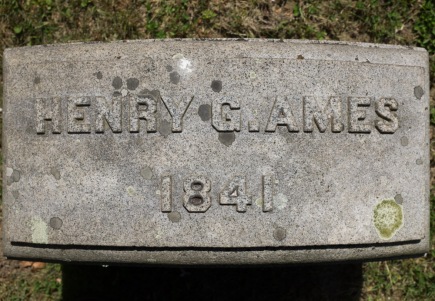 Thursday Sept 25th  Julia has been here to day and has

cut two french print dresses.  She had but

very little trouble with them and I think they

quite smart to day  The Dr came here to day

which makes the third visit says it is not necessary

for him to come again

Julia Mahoney, a young dressmaker who had recently immigrated from Ireland, worked at Evelina’s today.  She immediately set about cutting sections for two dresses to be made from the French print fabric that Evelina had just bought in Boston. Evelina was pleased with Julia’s work today, which wasn’t always the case.  To help keep little Susie Ames occupied as she recovered from a terrible case of nettle rash, Julia cut “a frock” for Susie’s doll.

The doctor – we don’t know which one in Easton had been called – visited today and confirmed Susie’s imminent recovery.  The little girl was appearing “quite smart,” a phrase that Evelina occasionally used to note marked improvement in someone’s appearance, health, or wits.

There was no question that fall had arrived.  Not only had the autumnal equinox occurred, officially ushering in the season, but Old Oliver had recorded several small frosts recently, including “a large frost last night.”  Daylight was shrinking slightly every day. As she quilted today, Evelina must have been turning her thoughts toward winter.  She may also have paused to remember that ten years ago on this date, her fourth son, Henry Gilmore Ames, had died at age 2 1/2.