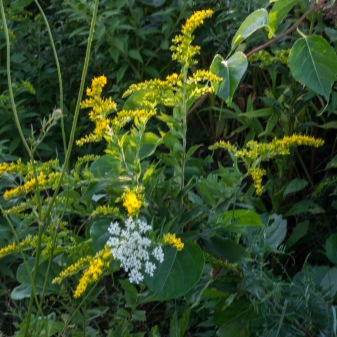 Sat Aug 30th Have been marking Olivers clothes and fixing

Mr Samuel Dunbars and at Alsons with Pauline

Took tea at Alsons brought Orinthia home with us

All of Mr John Pools family were there or rather

Another sociable Saturday was enjoyed by many throughout Easton, as friends and neighbors rode here and there calling on one another. As one modern historian has noted, “formal and informal forms of socializing were the most common amusements throughout the period. Then, as now, folks liked to visit one another, usually after supper and on weekends. The middle class gathered in their parlors, talked, sang, played games, and so on.”**

Evelina certainly did her part. With her friend Pauline Dean, she paid calls on various friends, including the Howards, the Dunbars, and the dependable Reverend Whitwell and his wife Eliza. At her brother Alson’s farm, where they took tea and visited with old Mrs. Gilmore, they chatted with three daughters of the John Pool family, including Rachel, Augusta and Elizabeth.  Rachel and Augusta had visited Evelina earlier in the month and accompanied her to the company store and the shovel shop.  Evelina was a friend to young women – especially to Orinthia Foss, the schoolteacher, whom they scooped up and took back to North Easton.

On their way home, as they likely rode past fields of Queen Anne’s Lace and Goldenrod, did they acknowledge that summer was coming to an end?