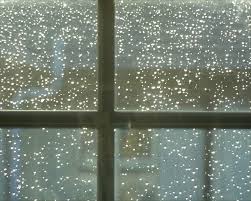 June 7th Saturday  We have had a powerful

rain all day  Orinthia & self have been sitting

sewing most of the time  Orinthia has made a

pair of overalls for Frank  I have trimmed &

lined or rather Harriet trimmed the bonnet

and I feel very well satisfied about it.  The

school did not keep to day or yesterday

brought a lobster that weighed 15 lbs.

No gardening today, but it wasn’t a bad day, despite the rain.  Evelina and Orinthia got to visit for hours over sewing, Oakes Ames brought home lobster – a big lobster – from Boston and, best of all, Evelina was finally “very well satisfied” about her bonnet.

Harriett Ames Mitchell visited, too, and trimmed Evelina’s bonnet. She might have used ribbons or cloth flowers or even a feather or two to adorn the summer headdress. Nine-year old Susie sewed as well.  Either the bad weather kept her indoors, or her mother finally made good on her threat from a few weeks ago to make Susan play less and learn to sew.  Susie “turned a sheet,” which means she did some hemming.

Old Oliver had a rare visit from one of his grandsons, Horatio Ames, Jr., who must have travelled up from Connecticut with a Mr. Scoval.  Horatio Jr. was a first cousin to Oakes Angier, Oliver (3), Frank Morton, and Susan.  The eldest son of Horatio and Sally Hewes Ames, and a recent student at Rensselaer Polytechnic Institute, he would prove to have a difficult life.  Closer to his mother than to his father, he was incensed when his parents divorced. According to some sources, he actually tried to kill his father during an argument in 1856.* His father, who was no saint himself, described his eldest son as “the worst hardened villain I have ever seen.”*

Still, Horatio Jr. was family, and Old Oliver welcomed him to his home more than once over the course of Evelina’s diary.