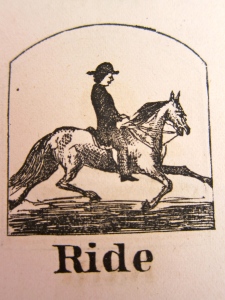 1851 Jan 19th Sunday.  It was rather earlier than common this morning

when we had our breakfast as Jane was going to

meeting   We have all been to meeting all day

Mr Whitwell gave us two good sermons, though not

as interesting as usual.  After hearing the class in

the Sunday school I called at Mr Whitwells

This evening have been into Mr Bucks to a prayer meeting

Before the Ames family left for church, their servant Jane McHanna was on her way to a Catholic service.  Every few weeks, an itinerant priest would ride into town to conduct Sunday mass in the dining room of a boarding house owned by the Ames shovel company.  Although North Easton offered several Protestant options to its church-going citizens, it had no Catholic church for the influx of faithful who had recently immigrated from Ireland.

The number of Roman Catholics in North Easton, as elsewhere in Massachusetts, was rapidly expanding.  In 1849, Reverend William Chaffin tells us, there were 45 Catholics in town.  By 1852, there were 150; when the Civil War began, there were 400.   As the number of Irish immigrants grew, a dedicated facility was clearly needed.  Recognizing this, in 1850 the Ames family donated a piece of land on Pond Street to the Irish to build their own church.  It was under construction as the year 1851 opened.

Evelina’s day was full of religious activity.  Not only did she hear “two good sermons,” she visited the Sunday school and, in the evening, went out to a prayer meeting held by Benjamin and Mary “Polly” Buck, who lived in a house in the near neighborhood that they rented from Old Oliver.