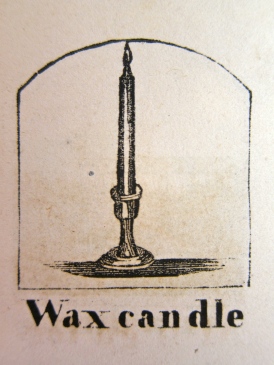 Oct 1st  Friday   Went to Boston with Mrs Witherell to

see our pianos.  Miss Kinsley was going to the

city and we asked her to try them for us.  She

with us and Helen & Miss Hobart after school

I bought some wax candles at 62 per lb

Despite last night’s frost, this Friday proved to be “fair” and “pritty warm.”*  Evelina and her sisters-in-law, Sarah Ames Witherell and Sarah Lothrop Ames, took advantage of the pleasant weather to trip into Boston “to see our pianos” and do some shopping. Meeting them at the music store was Lucy Adelaide Kinsley (soon to become Mrs. Francis Howard Peabody) from Canton. A pianist herself, she approved of the purchases.

Joining the sisters-in-law later in the day, after school was over, were teen-agers** Helen Angier Ames and her friend Catharine Hobart. Evelina was growing fond of Helen’s friend; did she imagine that “Miss C Hobart” would one day be her daughter-in-law and mother of her grandchildren?

The two mothers were excited about the pianos. We can imagine that at least one or two of the expensive wax candles that Evelina bought were destined to be placed in candlesticks – or candelabra – near the new instrument. The old homestead was growing more elegant by the week. And it was back to that homestead that the women headed at the end of the day. Ordinarily, they would have stayed over in the city but instead, they returned to North Easton with houseguests in tow.

** Teenager was not a term that Evelina would have used – it didn’t become a word until the 20th century.